Dreams. Sometimes we dream silly dreams. Others can be scary or bizarre. But then there are times when the dreams are confusing.

On my part, I don’t dream too much. Daydream? Yes. But I don’t feel like I am a “dreamer”.

To be honest, dreams confound me. They are often close to reality but certainly not real.

But for today, I am not talking about my dreams but the dreams of a cocky teenager from the book of Genesis.

Joseph had some dreams. And as a 17 year old, he was not mature enough for the dreams to be fulfilled. His eleven brothers hated Joseph. He was the favorite. His dad gave him the best coat. Joseph was spoiled.

So his brothers took action. And if it was not for Reuben, Joseph would have been killed. Instead, being stripped of the robe, he was thrown into a pit, sold to merchants, and transported to Egypt.

All of these things might have confused Joseph. He had dreams after all! Had not the God of Abraham, Isaac, and Jacob given those dreams?!?! So why was he now ripped from his family and in captivity in a foreign nation?

But he works hard. Promotion. He is now making a life for himself. Then the temptations. Potipher’s wife. It has been said that opportunity knocks but temptation leans on the doorbell. This woman had it bad for Joseph.

But our cocky little dreamer has been growing up. He stayed true! Way to go Joseph!

And now back to prison. More hard work. More promotion. Dreams. And it was the dreams of the baker, cupbearer and even Pharaoh that eventually got Joseph out of prison.

Second in command of all of Egypt. Dude! These last few years have been rough, to say the least, but Joseph is finally in place. In place for what?

For the dreams to come true and be fulfilled. 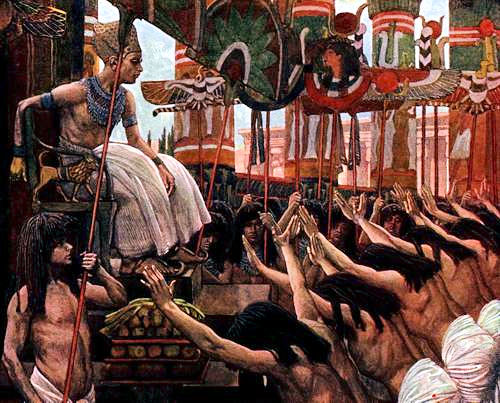 Time does not permit me to go into the whole story. Please read it for yourself. It truly is one of the most amazing stories in the Bible.

I will conclude with a few thoughts about Joseph, the dreams, and God’s destiny.

3 thoughts on “A Dream and a Destiny”